What is the difference between monkeypox and smallpox? 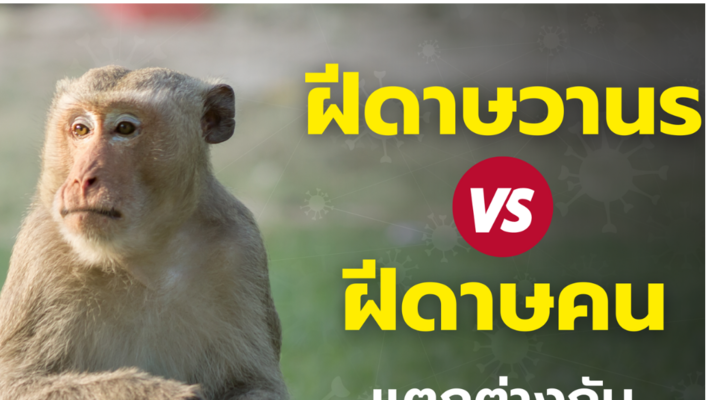 What is the difference between monkeypox and smallpox?

We've probably heard of smallpox since childhood, but it's a rare disease. Because the WHO declared smallpox extinct since 1974, Thai people stopped vaccination to prevent smallpox since then but the news of the "monkeypox" epidemic in Europe and North America has made people around the world realize how serious the danger is? How much are people at risk of contracting this disease? What is the difference between monkeypox and smallpox?

Monkeypox is a disease caused by a orthopoxvirus. It is a contagious disease between animals and people. The disease is most common in Central Africa and West Africa. The monkeypox is a virus that is closely related to the virus that causes smallpox. It is found in many animals, especially primates and rodents such as rats, squirrels, rabbits, wildlife and pets. People can also be infected with this infection. Patients will show symptoms of

Monkeypox about 7-21 days after infection, and most will recover on their own. The symptoms are often severe in children. By the symptom is:

Smallpox is caused by the Variola virus. The virus can be transmitted from person to person through close contact with the patient. In addition, direct unprotected contact with a patient's rash or blister and sharing bedding, clothing, or towels with the patient can lead to infection.

Once infected, it takes approximately 7-17 days to incubate, after which symptoms will begin to show as follows:Follow Our Social Network

Next
Warning signs that you may be facing lung cancer.